Artist of great vitality and expressive strength, in his artistic evolution he went through the most productive art branches towards a constant linguistic contamination and always with an extreme behavioural coherence. Since eighties as a multi-disciplinary artist, his research has addressed to painting and sculpture integration exploits materials of deep poetic communication and artistic language of historical avant-garde, also thinking of the expressive roots of European art. Among the most interesting contemporary artists, he is always an experimenter. He holds more than forty personal exhibitions. He is present in national and international reviews, he exhibits in private galleries, public institutions and important fairs.

In 1982 he obtains a special mention in the “Nuova Professionalità dell’Arte e dell’Artista” - Accademia dei Rozzi, Siena, with C.L. Ragghianti e D. Carlesi as jury panel. In 1986 in Milan, with a team of artists, he set up the interdisciplinary movement. The poetic search of this team expresses itself in a unit of art, poetry, writing, movement, performance, theatre, music. Between the end of 1987 and the beginning of 1988 he holds a three-months personal exhibition with large-format polymaterial works in the OSAON space.

In 1988 there is a decisive meeting with Charles Cazzamali, owner of La Pesa Gallery in Monza, who promotes Marra in personal and collective exhibitions. In the same year he founded the H:ORARTE art space, which is still active, and it is a cultural reference opened to dialogue and comparison.

In 1990 he is present with the installation “Umana Ominu” at “Differenti Sensazioni 7” at Serre di Grugliasco (TO). He was photographed by the George O’Neil Jr., American photographer and sculptor, who includes him in “Personaggi dell’Arte Italiana del ‘900”. In 1991 he is present in “Italian Reporter” at the Metropolitan Museum of Tokyo and is invited at XXXI Premio in Suzzara (MN). In 1994 the manager of the Art Fair Decouvertes, Paris, acquires works from the cycle “Bianchi Miraggi”, after an exhibition. In 1994 and in 1995 the publishers Gigliotti of Lamezia Terme (CZ) publishes the monographs “Mater Materia: opere dal 1976 al 1993” e “Del Libero canto: opere grafiche” for the series “Canti e Disincanti: Opere e Scritti dell’Arte Contemporanea”.

In 1999 by invitation he is present at “Memorie Italiane: 11 artisti italiani” at the Museum of Art of Guangzhou, China.

In 2001 he is official delegate for Lombardy at International Symposium of Lithography in the Canton (Switzerland). His lithographic works go in Collection of the Government’s Palace of St. Gallen. In 2004 he is present by invitation at “Arte Contemporanea in Lombardia: Generazione Anni ‘50” at the Museo d’Arte Moderna of Gazzoldo (MN) and Museo Civico Floriano Bodini of Gemonio (VA), organized by Claudio Rizzi. He was photographed by Enrico Cattaneo for the book “Ritratti di studio”. In 2005 in the Museum of Modern and Contemporary Art of Lissone (MI) Marra presents works dedicated to Andrè Villers, Picasso’s photographer, and the video “Il Silenzio degli Altri: omaggio a mio padre Max Marra”, set in Sculpture Park of Dubrova in Croatia, directed by Maria Rosaria Marra. Takes part in the exhibition “13X17 Padiglione Italia” in Venezia inviteted by Philippe Daverio. And in the same year his works are exposed in “Contemporary Italian: 25 artists in Europe” at the Italian Institute of Culture (Bruxelles) and in 2006 he is present at ”40 artisti dalla Collezione dell’Istituto Italiano di Cultura” at the European Union Palace in Bruxelles. He is also selected at the 57th edition of the Michetti Prize “Laboratorio Italia” at Francavilla al Mare (CH), by the editor Philippe Daverio, and Jean Blacheart organizes a personal exhibition in his gallery at Milan.

In 2007 the most important exhibition is “Lode a San Francesco di Paola” in Oratorio della Passione of Basilica di Sant’Ambrogio in Milan, with works from 1989-1990, than he takes part to Claudio Rizzo edited review "From Ideal to contemporary Art: identity and humanism" in Palazzo Ducale dei Gonzaga in Sabbioneta (MN). In the same year his works are present in the State General Archive in Rome by the title "Timeless: an homage to Leon Battista Alberti", by G. Girotti.

Between 2008 and 2009 are two important personal exhibitions edited by W. Allievi: "An Homage to Rembrandt" in Biblioteca Umanistica dell'Incoronata in Milan and "The Ghetto" in Scola Grande di San Teodoro in Venice, later displayed at Museum of Contemporay Art in Lissone, at Galleria Civica in Seregno and at Villa Ghirlanda in Cinisello Balsamo (MI). From December 2009 to February 2010 another important personal exhibition edited by L. Cavadini. displaying works from 1984 to 2009 at Museum of Contemporay Art in Lissone.

His polymaterial works and drawings may be seen at Italian and foreign collections and corporate collections. 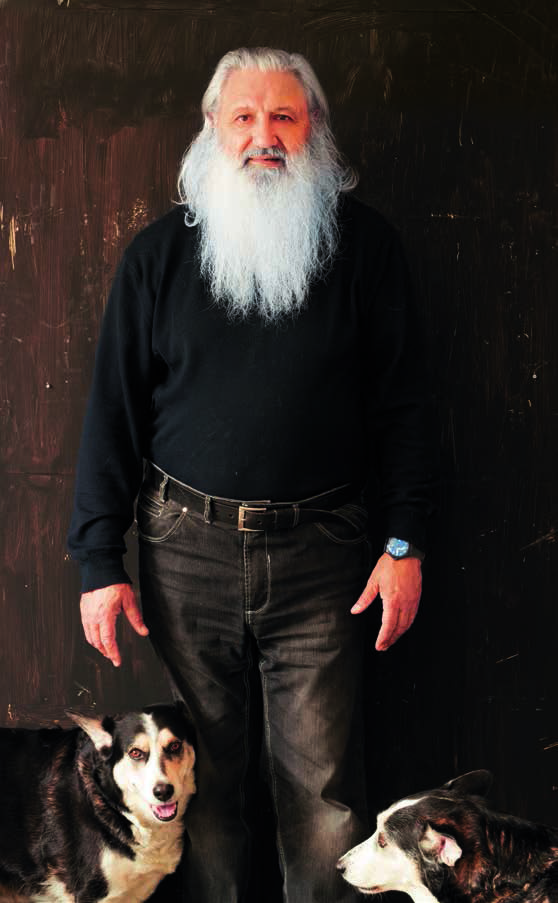